Marshall Goldman of Beverly Hills offers some of the rarest, most sought after collectible Ferrari models of all generations with low mileage at affordable prices. Learn more about our favored Ferrari models below or view our available pre-owned luxury vehicles at our Beverly Hills dealership.

Our history of Ferrari

Take a look at the most popular Ferrari models at our Beverly Hills location. 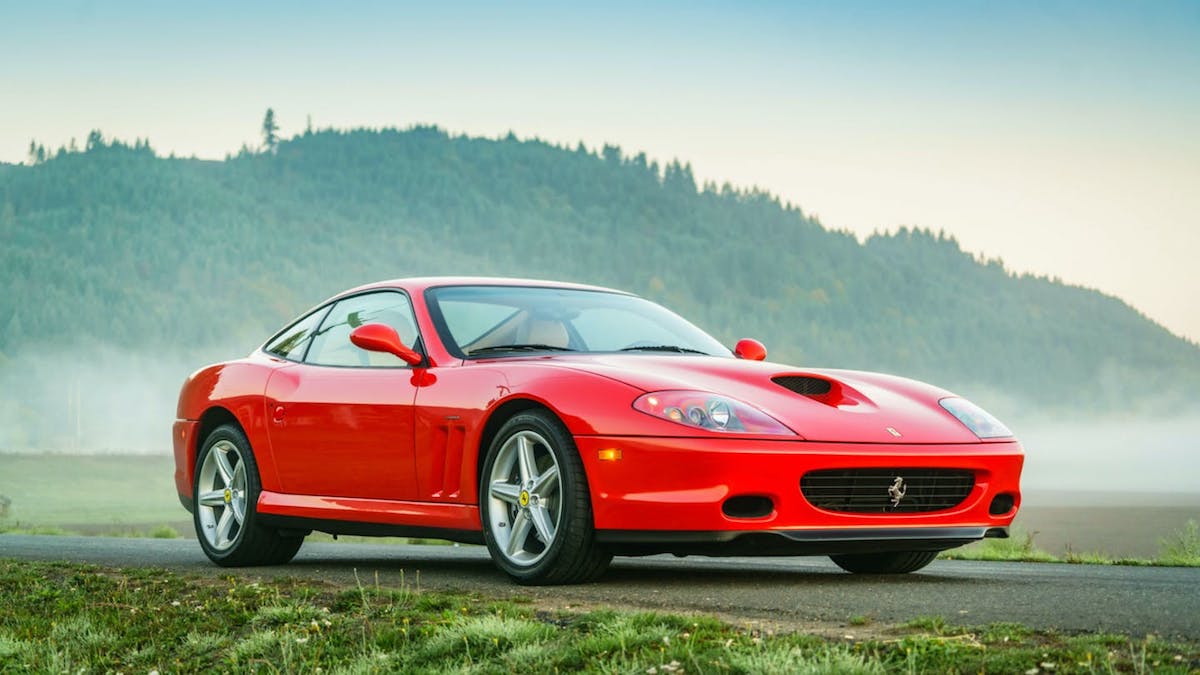 The 2002 launch of the 575M Maranello signals a whole new level of achievement for one of Ferrari’s most traditional layouts – the V12 front-engined rear-wheel drive berlinetta. 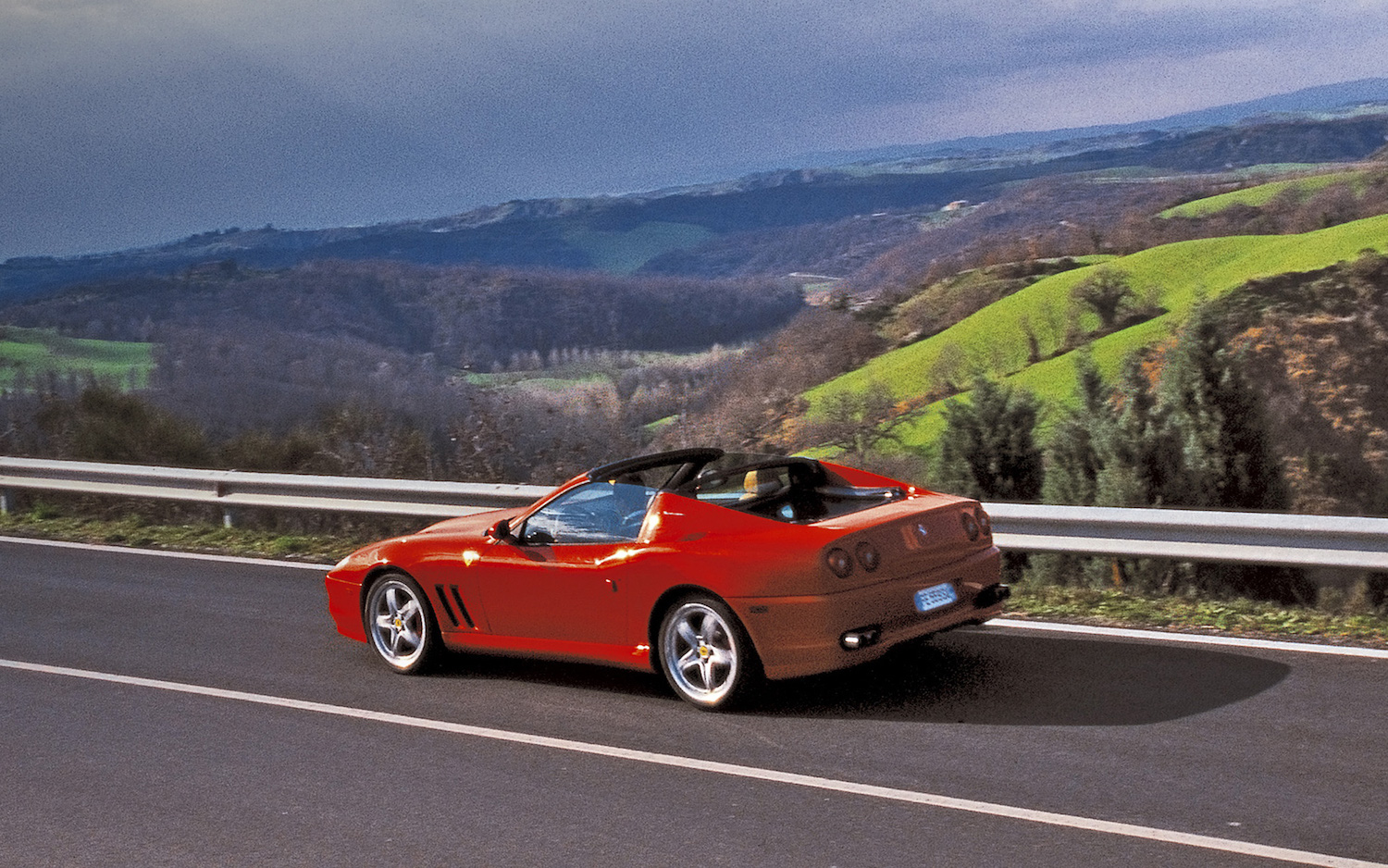 The Ferrari Superamerica combines stunning Ferrari 12-cylinder berlinetta performance with a highly original, innovative take on the ever-versatile convertible. The Superamerica is also the very first production car to adopt an innovative rotating roof incorporating electrochromic technology developed exclusively for large glass surfaces, which transforms it from a coupé to a convertible in just a few seconds.The result is a car that combines all of the prestige and allure of a drop-top with the functional advantages of a coupé.

Launched in 2006, The Ferrari 599 GTB Fiorano was designed with several specific objectives in mind: to increase driving pleasure, to guarantee performance (courtesy of technology transfers from the F1 single-seaters), and to ensure comfort, ergonomics and safety. The Ferrari 599 GTB Fiorano sprints from 0 to 100 km/h in 3.7 seconds and has a top speed in excess of 330 km/h. The car takes its name from the Fiorano circuit Ferrari uses to hone the performance of its track and road cars. ‘GTB’ stands for Gran Turismo Berlinetta, after the most famous Ferrari berlinettas ever built, and ‘599’ is the displacement of the V12 engine divided by 10. We carry two models of the 599 GTB Fiorano – 2007 and 2009. 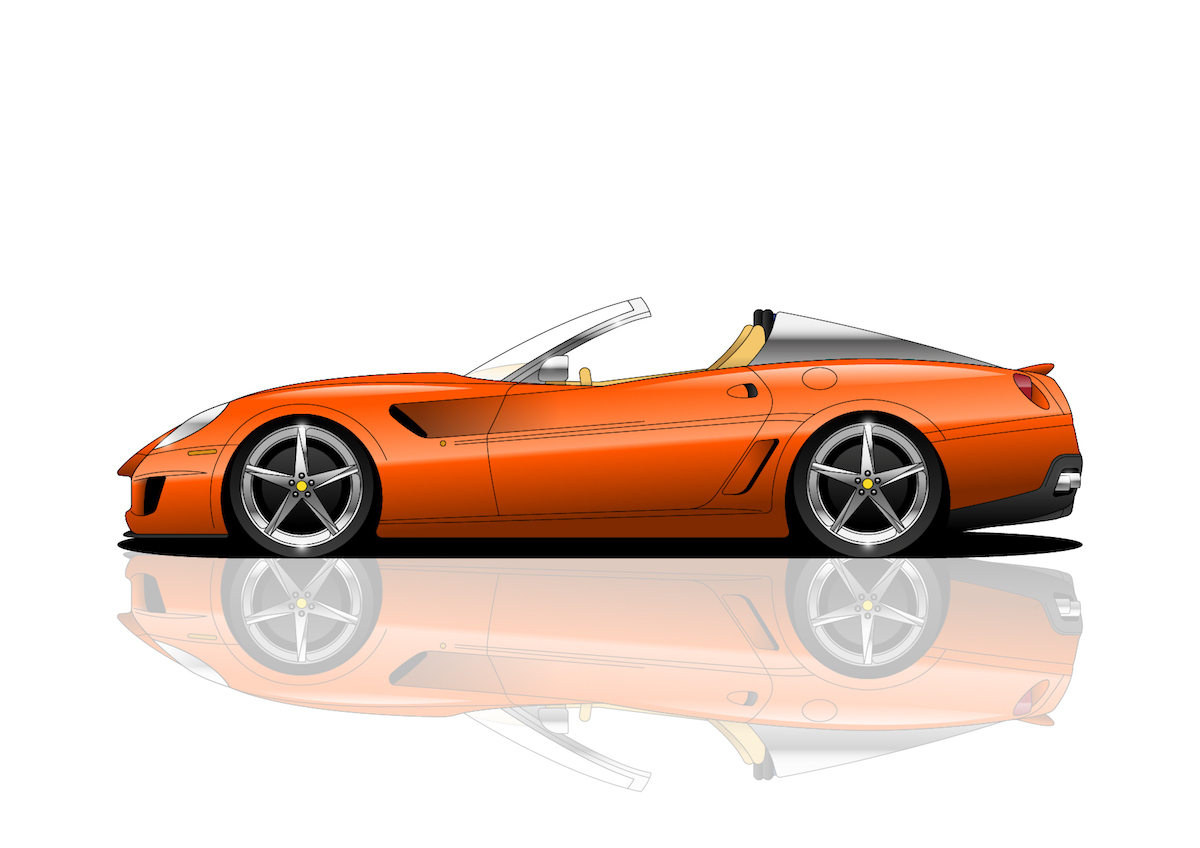 This is a special series model of which a strictly limited number of just 80 were built. All have already been sold. Ferrari chose to build 80 SA Apertas in celebration of Pininfarina’s 80th anniversary. The SA nomenclature also pays homage to both Sergio and Andrea Pininfarina whose company and work have been linked to the most successful road-going cars ever built at Maranello. 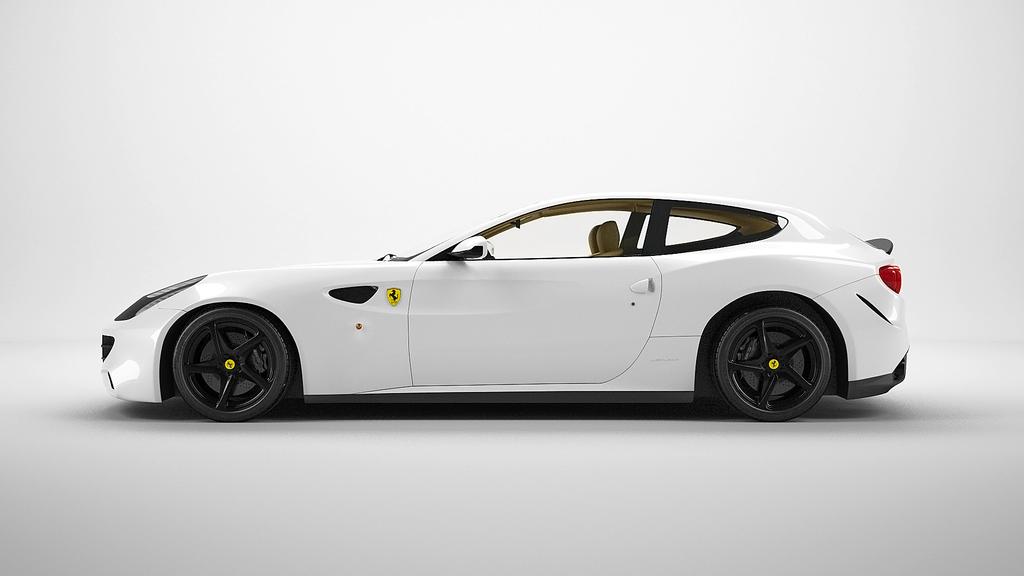 Born in 2011. A four-seater that utterly changes the whole GT sports car concept, hailing nothing short of a revolution in the automotive world. Even the most cursory glance at the FF’s sleek, Pininfarina-penned super model profile will tell you that. Drive it – anywhere, any time, in any weather or road conditions – and you’ll know why it’s so radical. It may be a car that has elegance, beauty and art in its soul, but there’s much, much more to the FF than sophisticated allure. It was, in fact, designed specifically to tackle the toughest, most complex and ambitious of driving challenges. The kind of challenges that the most uncompromising and discerning drivers will want to set it.

In 2015, the 488 GTB name marks a return to the classic Ferrari model designation with the 488 in its moniker indicating the engine’s unitary displacement, while the GTB stands for Gran Turismo Berlinetta. 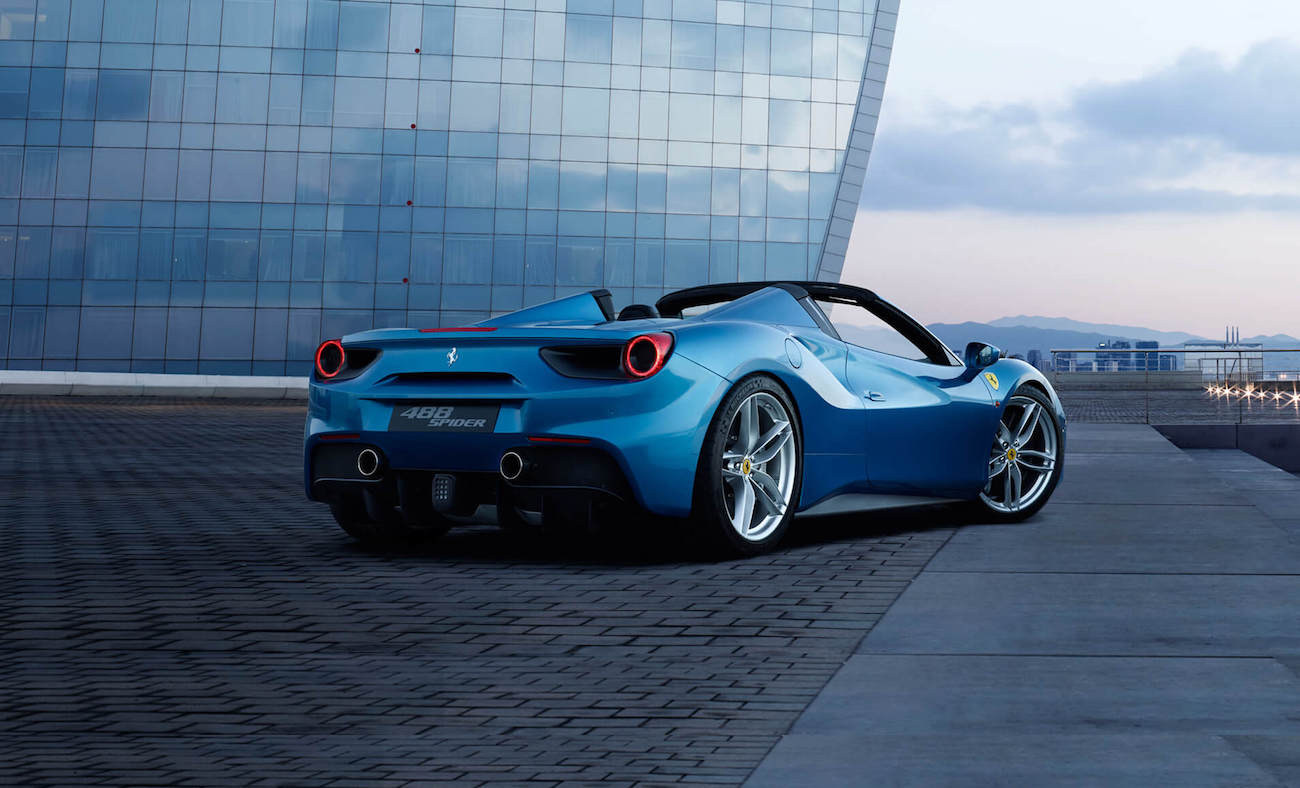 The Ferrari 488 Spider is the latest chapter in Maranello’s ongoing history of open-top v8 sports cars, a story that started with the targa-top version of the 308 GTB – the immortal 308 GTS – and which ultimately resulted in the full convertible spider architecture. Being constructed during Ferrari’s 70th anniversary makes this spider a very rare 488. 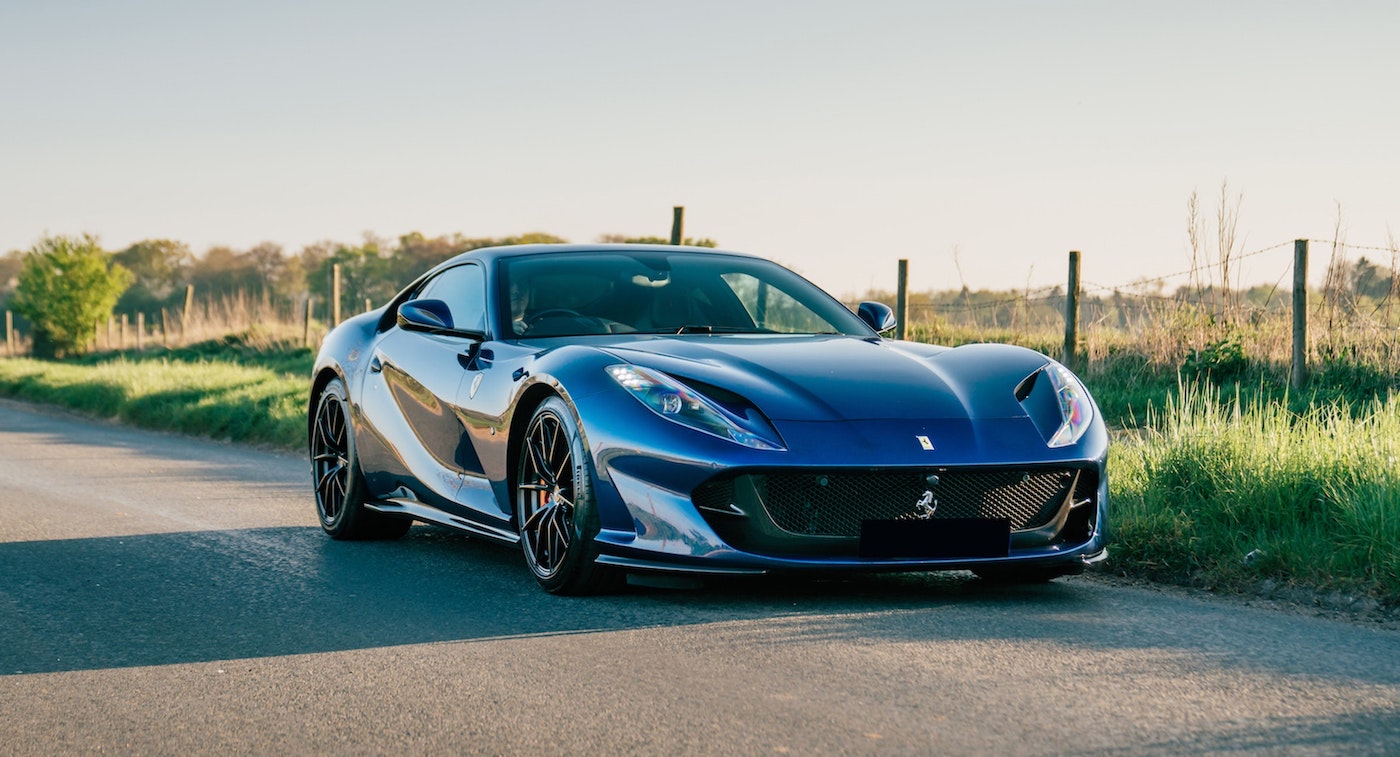 The first and most difficult challenge Ferrari always faces when it decides to develop a new model is to push the boundaries of its own achievements yet again. This challenge is made all the tougher when the task at hand involves designing a new 12-cylinder engine, the power unit that hailed the start of the glorious Prancing Horse story 70 years ago in 1947. With its output boosted to 800 cv, 60 more than the F12berlinetta, the 812 Superfast is the most powerful and fastest road-going Ferrari ever built (with the exception, of course, of the rear-engined special limited-series 12-cylinders). The 812 Superfast thus ushers in a new era in Ferrari 12-cylinder history. To make full use of that huge power and to guarantee perfect weight distribution, the car exploits a highly evolved transaxle architecture that couples a front-mounted engine with a rear-mounted transmission. It is also the first Ferrari equipped with EPS (Electric Power Steering). 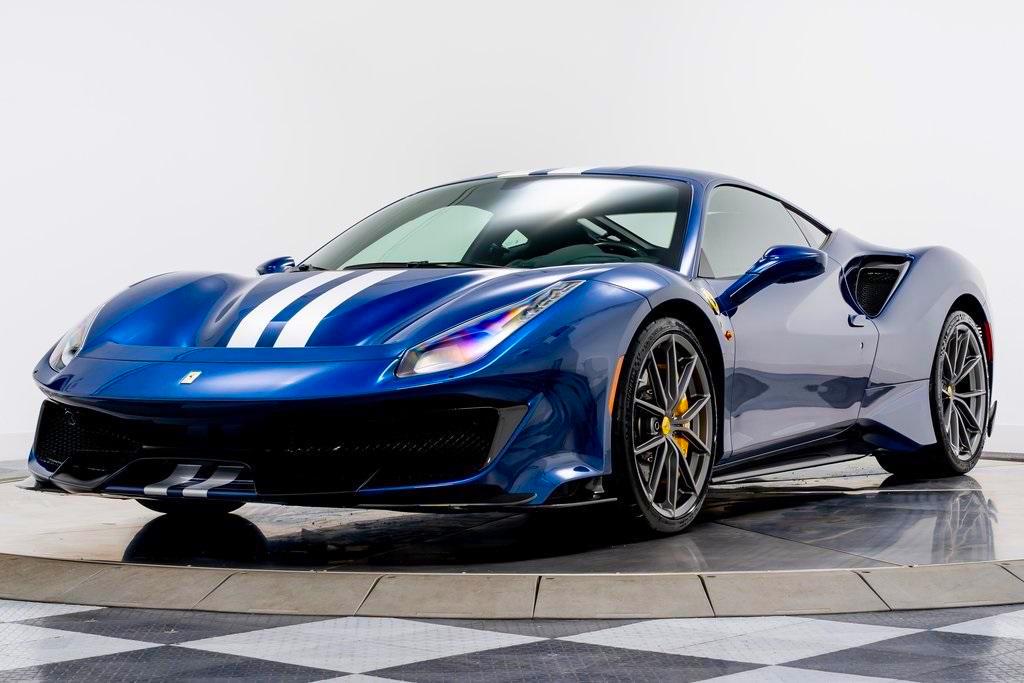 The Ferrari 488 Pista is powered by the most powerful V8 engine in the Maranello marque’s history and is the company’s special series sports car with the highest level yet of technological transfer from racing. In fact the name, meaning ‘track’ in Italian, was chosen specifically to testify to Ferrari’s unparalleled heritage in motor sports. Technically, the Ferrari 488 Pista encompasses all of the experience built up on the world’s circuits by the 488 Challenge and the 488 GTE.